Funeral Mass for 640 unborn children is held in Poland 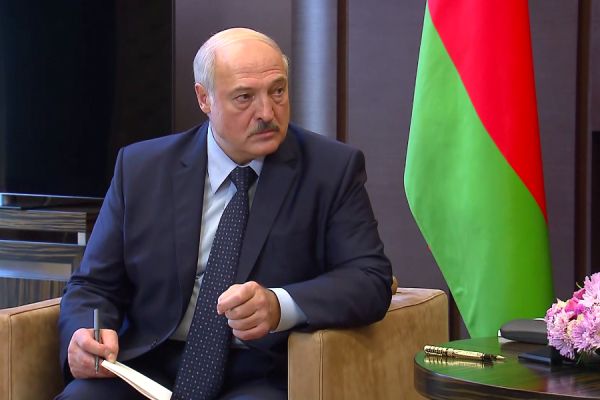 CNA Staff, Dec 17, 2020 / 05:00 am (CNA).- Pope Francis sent a special envoy to meet with the president of Belarus Thursday amid tensions between the Catholic Church and the authorities.

“I can confirm that this morning at 9:30 a.m. (Rome time) H.E. Msgr. Claudio Gugerotti, former nuncio to Belarus, as special envoy of the Holy Father, will meet with the President of Belarus, Mr. Alexander Lukashenko, to express the Holy Father’s concern and solicitude for the current situation in the country,” he said.

The state-owned news agency BelTA published a photograph of the meeting between the president and Gugerotti, who served as nuncio to Belarus from 2011 to 2015 and is currently apostolic nuncio to Great Britain.

BelTA quoted Lukashenko as telling the pope’s special envoy: “I [am] very happy that His Holiness Pope Francis sent you to Belarus. It’s a pleasure for me to have a meeting with you. I have good impressions from the meetings, talks and conversations we had when you served here. I’ve always said that Pope Francis, in my opinion, is a people’s person.”

Lukashenko, who has served as president since the office was created in 1994, has faced mass demonstrations calling for his resignation since a disputed presidential election Aug. 9 in which he claimed to have won 80% of the vote.

The ongoing crisis has not only engulfed the Catholic Church in Belarus — a landlocked country with a population of 9.5 million — but also drawn in the Vatican.

Archbishop Tadeusz Kondrusiewicz, president of the nation’s Catholic bishops’ conference, was barred from returning to Belarus on Aug. 31.

The archbishop of Minsk-Mohilev had spoken out in defense of protesters and said he feared that the country was heading towards civil war. He prayed outside a prison where detained protesters were reported to have been tortured and also demanded an investigation into reports that riot police blocked the entrance to a Catholic church in Minsk.

Archbishop Paul Gallagher, the Vatican’s Secretary for Relations with States, visited Belarus in September in an attempt to resolve the impasse. But Kondrusiewicz remains barred from his homeland.

In November, Lukashenko, who has served as president of Belarus since the role was created in 1994, received the Holy See’s new ambassador to the country, Archbishop Ante Jozić.

But the government has continued to clash with members of the Catholic Church, the second-largest religious community in Belarus after the Orthodox Church.

The Catholic Church in Belarus appealed for prayers earlier this month after police detained two priests.

They were not the first Catholic priests to have been detained since the mass protests broke out.

AsiaNews, the press agency of the Pontifical Institute for Foreign Missions (PIME), reported Dec. 5 on the arrests of two priests in separate incidents.

It said that on Dec. 4 the prosecutor of Vitebsk had ordered Fr. Vjačeslav Barok to be arrested and detained for 10 days in Novopolotsk prison.

It also reported that on Nov. 30 the Greek Catholic priest Fr. Vitalij Bystrov was sentenced to 10 days in prison for taking part in a protest in the city of Brest on Oct. 25. A magazine serving Greek Catholics in Belarus said that Bystrov had only been a bystander at the protest.

The Prosecutor General’s office issued a formal warning Nov. 18 to Bishop Yuri Kasabutsky, an auxiliary bishop of the Archdiocese of Minsk-Mohilev, regarding social media posts by Catholic clergy after the authorities destroyed a memorial to Raman Bandarenka, a 31-year-old artist reportedly beaten to death by security forces.

The Belarusian government has repeatedly invited Pope Francis to visit the country, which declared independence from the Soviet Union in 1991.

The pope publicly expressed his concern for Belarus days after the disputed election.

“I carefully follow the post-electoral situation in this country and appeal for dialogue, the rejection of violence and respect for justice and law,” Pope Francis said in his Angelus address Aug. 16, following a week of violent clashes in the country.

“I entrust all Belarusians to the protection of Our Lady, Queen of Peace.”