USCCB officials on the ballot for conference leadership role 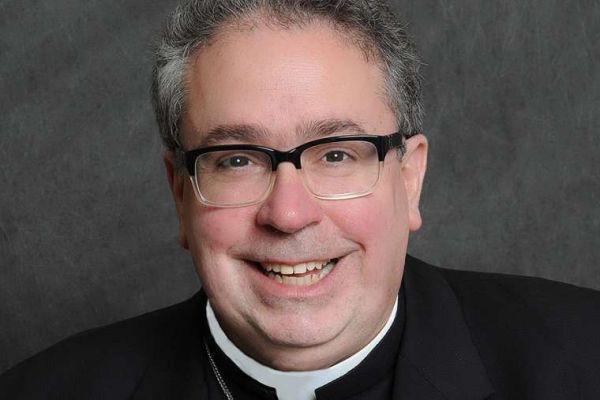 An Oklahoma City priest who discovered he was invalidly baptized as a child received that invalid sacrament from a deacon in a Texas parish, the bishop of Fort Worth said this week, while encouraging others baptized by the same deacon to contact their pastors to address the situation.

The bishop urged clerics to contact diocesan offices if they had ever deviated from an approved baptismal formula, and apologized to all Catholics affected by the invalid celebration of sacraments.

“Last week, the bishop of another diocese informed me that one of his priests, while watching a video, discovered that he had been invalidly baptized as an infant by Deacon Philip Webb, a permanent deacon ordained for the Diocese of Dallas, but assigned at that time to Saint Catherine of Siena Catholic Church in Carrollton, Texas, in the Diocese of Fort Worth,” Bishop Michael Olson wrote in a letter to Catholics Sept. 18.

The diocese confirmed to CNA that the priest was Fr. Zachary Boazman of Oklahoma City, who was “subsequently baptized, confirmed, given first Holy Communion, ordained a deacon, and ordained a priest.”

“However, his invalid Baptism had horrible effects on the lives of those who thought that they were validly receiving sacraments administered by a man whom they thought to be a priest, and who thought himself to be a priest, but was in fact neither a priest nor even a Catholic,” Olson wrote.

“I apologize to all those whose lives have been adversely affected by the discovery that the sacraments they thought that they had received they, in fact, did not receive. Our priests and deacons stand ready with me to rectify these injustices to the best of our ability,” the bishop added.

“I recognize that the priests and deacons who committed these grave errors of judgment did so without malice and were even attempting to do good. Nevertheless, the Church requires of her ministers not just good intentions but also sufficient knowledge of what is expected and necessary in the administration of the sacraments,” Olson wrote.

Webb invalidly baptized Boazman by deviating from the Church’s approved liturgical texts, using a formula for baptism that the Vatican said in August changes the meaning of the liturgical act of baptism so much as to render it invalid. The deacon is now retired and in ill-health.

Olson said it was the deacon’s “regular practice to use a substituted and invalid formula in the hundreds of baptisms he is believed to have administered while assigned to Saint Catherine of Siena Catholic Church. I am making his name public to alert anyone who is recorded as having been baptized by Deacon Webb.”

“Anyone baptized by Deacon Webb should be conditionally baptized and confirmed unless there is evidence that he validly baptized on a specific occasion. Where it is applicable, issues regarding the validity of marriages should be addressed with the assistance of the Tribunal,” the bishop added.

In a separate letter to priests obtained by CNA, Olson told clerics that if they have deviated from liturgical norms while performing baptism, they should stop immediately. Olson said clerics who had ever attempted baptism using a deviation from the Church’s norms should contact Church authorities so that anyone invalidly baptized could be contacted.

“It is wrong and misleading to claim that one has the intention to do what the Church intends Baptism to do while using words different from the valid formula prescribed by the Church—and in the case of Baptism, prescribed by the Lord Himself,” the bishop told priests.

In his letter to the diocese, the bishop also reminded Catholics of the valid formula for baptism: “I baptize you in the name of the Father, and of the son, and of the Holy Spirit.”

The letter also offered encouragement to Catholics who might be discouraged “in the face of fear and doubt that otherwise might take root in your lives because of these human errors in the administration of the sacraments.”

“You should presume the validity of your Baptism and the subsequent sacraments you have received unless you can establish positive and probable doubt in its validity,” he told Catholics.

“The Catechism of the Catholic Church tells us (1257): ‘God has bound salvation to the sacrament of Baptism, but He Himself is not bound by his sacraments,’” Olson wrote.

“God is always giving us His Grace and He will never fail us even when we fail in our stewardship of the sacraments in their appropriate celebration. Yet, Christ instituted the sacraments as the ordinary way by which God gives us His sanctifying grace and has instructed us in Sacred Scripture and Sacred Tradition in the stewardship of these treasures.”

“Let us always bear in mind that the People of God have a right to receive the sacraments in the form that the Church has prescribed them to be administered. Let us continue to pray for each other,” Olson concluded.